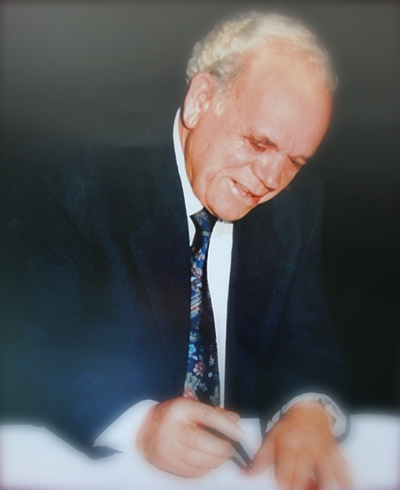 Ömer MATLI who is our founder, was born in 10.06.1933 in Karacabey district of Bursa. Ömer Matlı, who is one of the pioneer entrepreneurs of the young Republic of Turkey, started his business life with animal trading and dairy farming took place instead a few years later. In early 1970s, commercial success of Ömer MATLI set an example for the people of the region and played an important role in the development of Karacabey. Ömer MATLI succeeded in marketing “onion” which is the most important crop of the region, to every region of Turkey with his working ambition and practical solutions.

Ömer MATLI, in a few years, was taken place in the list of exporters. Commercial identity of Ömer MATLI was transformed into an industrialist identity since 1980. Ömer MATLI, with paddy factory established in accordance with the agricultural structure of the region, was a good example of the successful entrepreneurial spirit in depressed periods of the economy. His success in business life, demonstrated itself also in industrialist identity in a short time. The paddy factory that he established, became the biggest production plant in the region by working in three shifts in very short time.

Ömer MATLI modernized the dairy farm in Canbaz village in 1983 and moved it to Karacabey and thus gathered his investments in Karacabey. Experiencing big changes when Turkey entered into free market economy after 1983, formed new perspectives for Ömer MATLI and he decided to make a new investment in 1986.  With the decision forming foundation of today, MATLI A.Ş. started to produce cattle feed for the first time in 1988. The factory that worked with 10 tons/hour capacity with the technology at that times, took its place in Turkey’s economy with dairy and fattening feed production.

Ömer MATLI always added his belief in humanity, his charitable personality, excitement for success into his works and these characteristics made him one of the important feed industrialists in Marmara region in a short time.

Ömer Matlı established the first modern corn drying plant of the region in 1992, pointed out that agriculture and stock-breeding are integral parts of a whole with this investment that will ensure a great benefit our national agricultural policy together with increasing wealth of the people of the region. The last work of Ömer Matlı, “ÖMER MATLI PRIMARY SCHOOL” that he called “the most meaningful one of my works”, was provided for the society in 1994. Ömer MATLI has been living in the hearts of the ones who love him, since his death on December 10, 1995.

Select the fields to be shown. Others will be hidden. Drag and drop to rearrange the order.
Compare
Wishlist 0
Open wishlist page Continue shopping